ICA’s e-commerce giant opens a “branch” at the large ICA warehouse in Västerås, Sweden. This allows employees working at the warehoue to pick up their online order after work. “A modern and cool solution“, says store owner Daniel Kvist.

ICA Maxi Erikslund in Västerås is one of the five largest ICA stores online and now the supermarket is shifting up further by offering pick-up of e-commerce orders outside ICA Sweden’s giant warehouse operations in the Hacksta area in the same city.

The service is up and running in two weeks.

“One of the shifts at the warehouse at Hacksta ends at eleven in the evening and just then we close. Then we came to the solution that they can e-shop with us and we’ll deliver the goods there“, says Daniel Kvist to Dagligvarunytt.

StrongPoint has developed a special mobile grocery locker with 48 cabinets for refrigerated goods and 24 for frozen goods that are placed in the staff car park.

“Customers receive an SMS with their code, enter it on a touch screen and pick up the order in the mobile grocery locker. It feels incredibly fun that StrongPoint wants to invest in such a modern and cool solution with us.”

How much demand do you expect?
– “We have received a lot of inquiries from the employees at Hacksta and aim for 25 customers per delivery three times a day“, says Daniel Kvist. 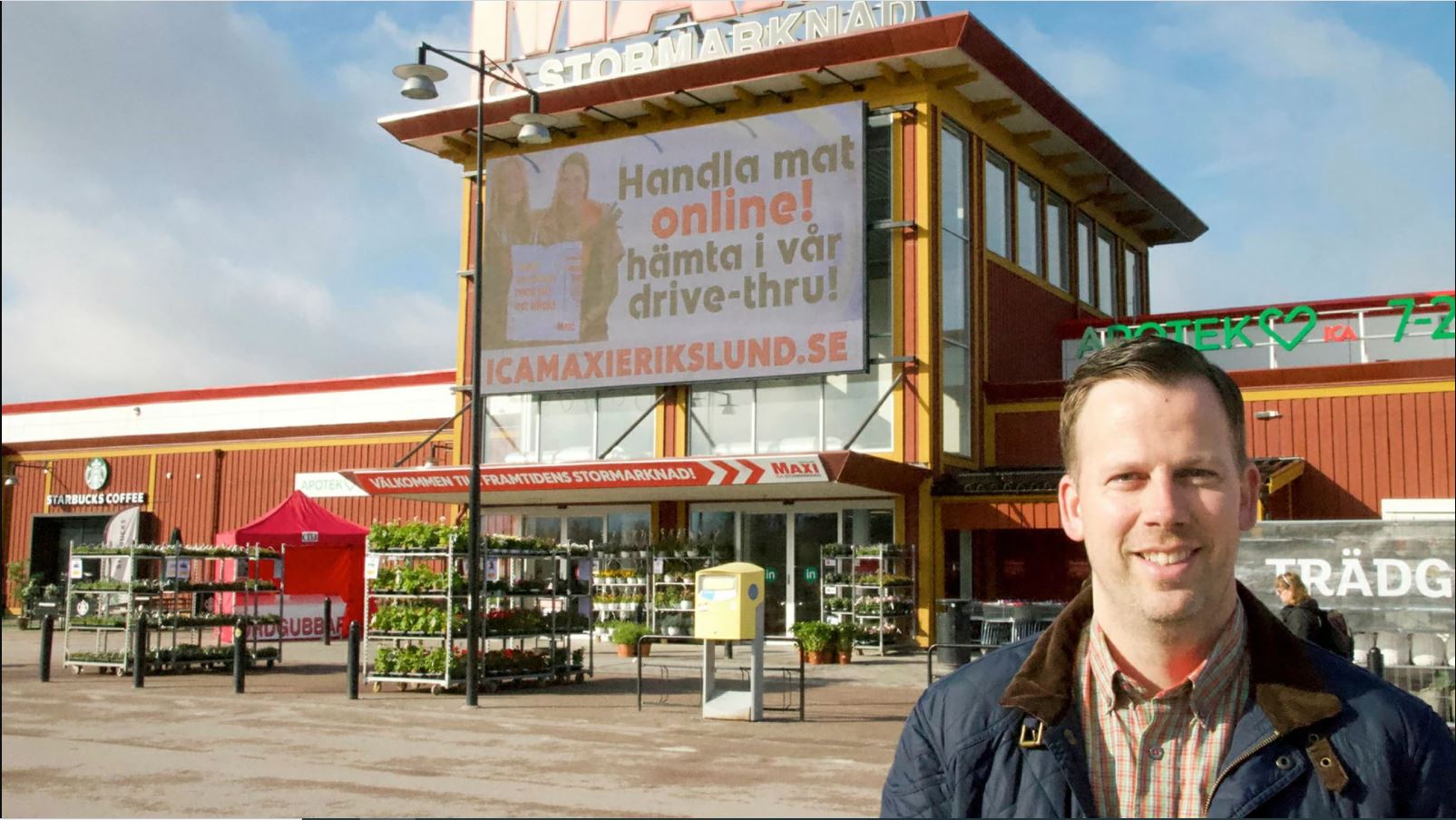 According to the Swedish Grocery Trade Index, e-commerce with groceries has lost momentum since last summer, and in the last part of 2021 physical stores accounted for the entire growth in the industry.

ICA Maxi Erikslund’s e-commerce has at most had a channel share of about 17 percent and in February it was 14.2 percent.

“Online pulled away enormously in connection with the restrictions during the pandemic, so we are facing extremely high growth figures from the beginning of last year.”

But 14.2 percent is still very high.
“Yes, really, when you look back a few years. We hope that the test at Hacksta will generate new e-commerce customers”, says Daniel Kvist.