Store theft costs almost EUR 110 billion in 2014-2015 globally, according to The Global Retail Theft Barometer. The study covers retail chains from 24 countries – a total of 203 retailers with more than 113 00 stores.

The Netherlands suffered from the highest shrinkage due to thievery in whole Europe –1.48% of the annual sales revenue. Finland came in second (1.35%) and Spain third (1.33%). Norway (0.75%), Switzerland (0.76%) and France (0.81%) showcased the lowest theft rates during surveyed period. Shrinkage across retail stores in Europe stood at 1.05% of revenue and showed a slight decrease compared to previous years (1.13%). The region had the lowest shrinkage as a percentage of sales among the regions studied. Global shrinkage rates landed at 1.23%.

Read more about how you can reduce both internal and external thefts here.

Theft varies in type and with the weather

Store theft remains the main cause of shrinkage in Europe, accounting for 42% (almost EUR 15 billion) of total losses. It has increased by 4% compared to 2013-2014. Dishonest employees’ theft account for 25% and vendor or supplier fraud contributes with 9% of total losses. Administrative and non-crime losses represent 24% of the losses.

The study finds several seasonal fluctuations in theft. Europe experienced the maximum shrinkage during winters due to high customer traffic, overstocked stores and temporary staffing. According to the retailers, shrinkage is higher during winters due to factors such as easy concealment of stolen items under heavy clothing and high value of some seasonal products. Moreover, it has been observed that the number of robberies also increase as it gets dark earlier.

Spain and France spent the most on loss prevention – 1.37% and 1.36% of total sales respectively. Turkey (0.3%) and Sweden (0.4%) spent the least in Europe. Electronic Article Surveillance (EAS) remains the most popular loss-prevention solution – 78% of the surveyed European retailers invest in this. Other popular loss prevention measures include CCTV/DVR (72%), security guards (59%) and alarm monitoring (52%).
Retailers are also investing in business intelligence and data analytics to get more information about products that are being stolen. In many countries, retailers have started using RFID-based technology, which helps them keep track the movement and position of the merchandise.

The study was conducted by The Smart Cube and Ernie Deyle, a leading loss prevention expert, and commissioned by Checkpoint Systems. 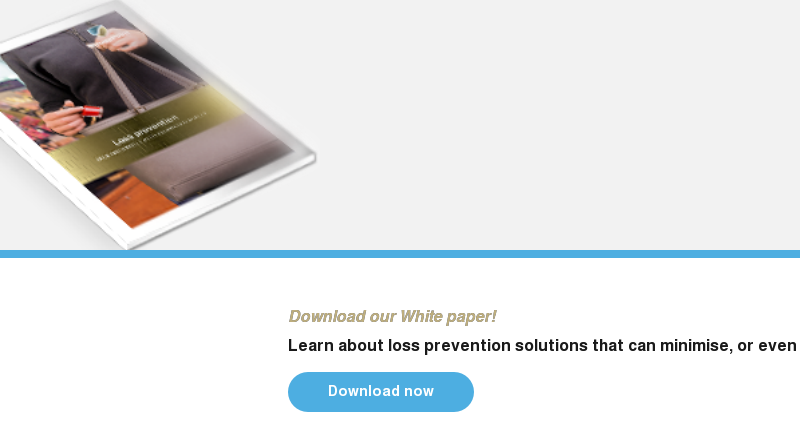