The future of the grocery store: How it holds up to e-commerce and changing customer behaviours

A grocery store is so much more than a place to buy food. It can also be a bank, a pharmacy, a postal office, a restaurant, and so on. At the same time, customers are increasingly buying their groceries online. They also buy and in many other places and are starting to move back to high street shops. How do the large grocery stores survive the changing times?
In the past 40 or 50 years, grocery stores have tended to get bigger and move away from the high streets. It was to dedicate more space and customer parking.
“In the UK, bigger and bigger stores were developed because working women needed their shopping to be done in a concentrated way. They wanted to shop for a whole week and they didn’t’ have time to shop in local stores,” says UK retail specialist Richard Hyman.

The timing of the grocery stores’ move from the high streets vary in different countries. But it has now happened everywhere. However, in most countries, the large grocery store sites have created a new problem. The slots have become too large and the revenue from the customers don’t match the cost for the space. This has forced retailers to find alternative revenue streams in order to meet margins.

In parallel to the grocery stores outgrowing the need for them, retail stores are in general looking for additional ways to attract customers to the store. With the many choices the consumers have today, offering additional services is one way to become the most attractive store in the area.

Using the space and increasing footfall

The most common additional offerings in the grocery stores are postal and bank services, dry cleaning, and non-foods such as clothing, household products, cafés and restaurants. But despite the additional services, Richard Hyman says that the whole industry is beginning to turn.
“It is all flipping with the growth of online shopping. Customers are now more interested in going back to high street stores which has led to a revival of neighbourhood shopping. Modern customers will do their large grocery buying online and then do additional shopping in high street stores.”

E-commerce is on the rise, but the grocery stores will still be there and additional offerings is one of the best methods to make sure that the customers choose one specific store:
“If you are the store that offers the postal and bank services, you will be the preferred store in the area among the customers,” says Mårten Persson, product manager for cash management at StrongPoint.

The future of cash for the retail stores

Another trend that has been with us for quite some time, is that customers pay with cards rather than cash. That said, cash is still around, especially for smaller purchases. Customers with a more limited budget tend to use cash more, since it is easier to control spending with cash – if there are no bills in your wallet, you simply don’t have any money left. The retired population is one example:
“It is an easy mistake to think that it is simply the age that makes older people more inclined to use cash for payment. But we can in fact see that it is the lifestyle of being retired that also drives the use of cash. It seems that many people switch from card to cash as soon as they retire from work. We think that has to do with the lower budget you have as a retired person,” Mårten Persson explains.

Richard Hyman believes that despite the development of the Internet, cash is going to be around for many more years,
“With the emergence of a more fragmented society when it comes to employment, we might actually witness a small revival in the use of cash, at least here in the UK. An increasing number of people are self-employed, doing smaller services for their clients. Cash comes in handy in those transactions. And with more cash floating around, it is reasonable to think that some of that will be used in the retail stores.”

In the Nordic markets, cash handling is another method for attracting customers to the store. By being able to give cash back in the till, it gives the customers another reason to choose one store before another.
“It is very convenient for the customer to be able to take out cash when they pay for their groceries,” Mårten Persson says.

Cash management also has a clear advantage to the retailer. Any cash they “sell” at the till is money in the bank directly, which is quicker that the sale of a product.

You can read more about how to boost your business by combining digital with humanity here.

Customers in the driver’s seat

The main reason for large grocery stores to offer more services has been to find a solution to having too much space. Richard believes that is a very weak rationale for partnering with other companies, such as banks, postal services or restaurant chains:
“Those who believe that having a slot to fill is the best reason to partner with someone is going to get into bed with the wrong partner. Many grocery stores have started offering additional services, thinking they can run it in the same way as they have for their food business. You need to be able to think differently. If you offer banking services, you can’t run it like a food retailer.”

In the Western economies, the retail is very mature, Richard says:
“This means that the customers are in the driver’s seat in a way they have never been before. The customer needs to be at the heart of everything that retailers do. My advice is to take the game to the customer and think ahead. Where will today’s customers be shopping in five years?” 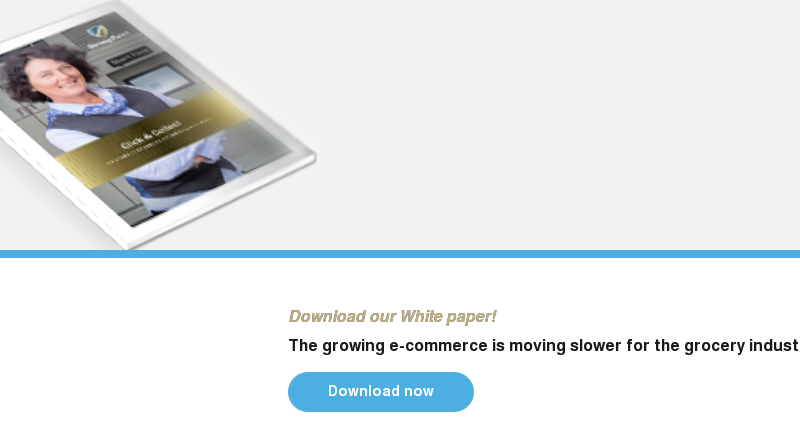 BOPIS and how to provide it to your customers

Your form has been sent to us!